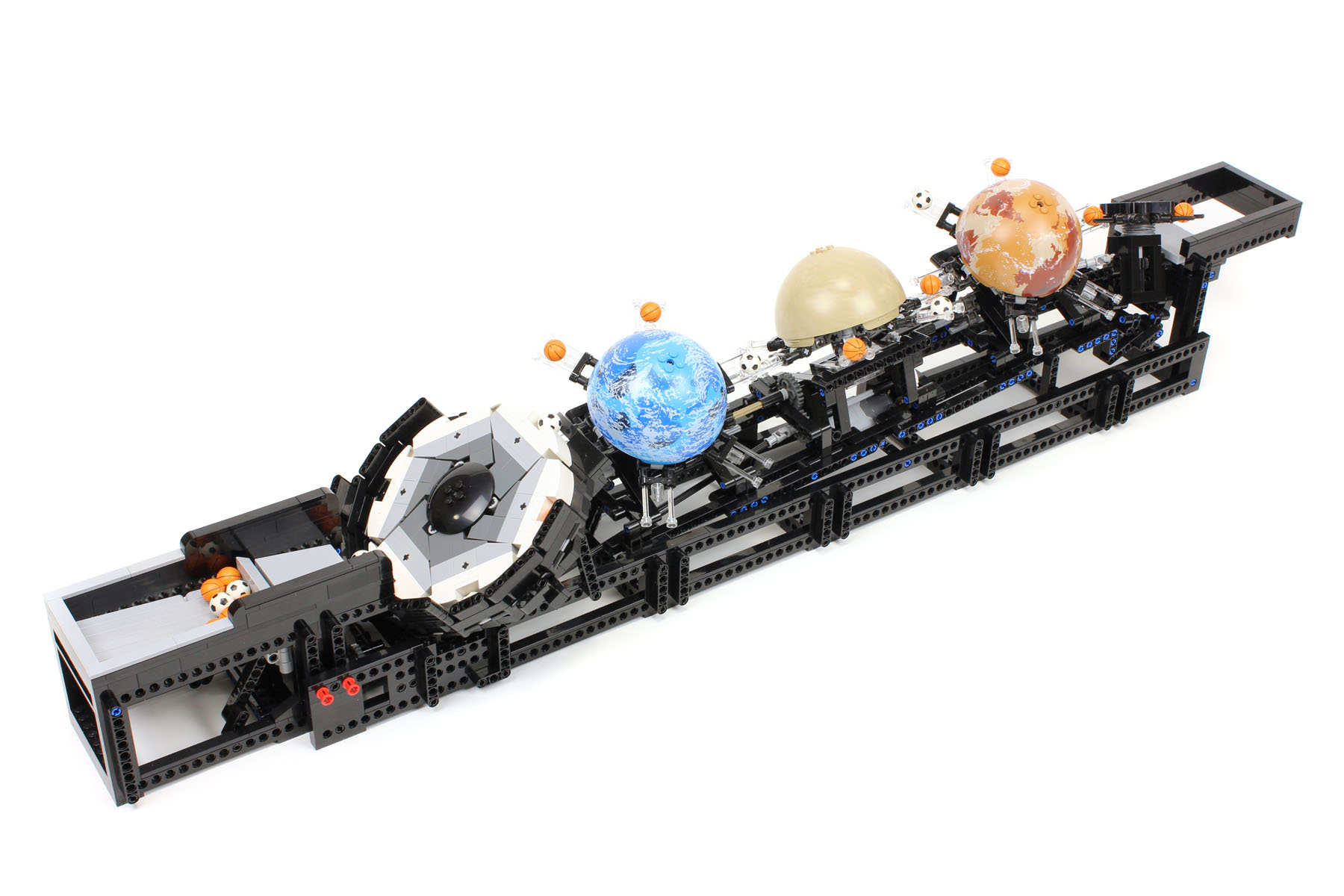 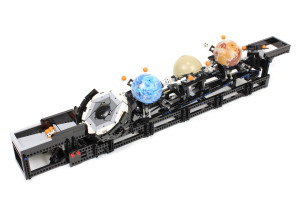 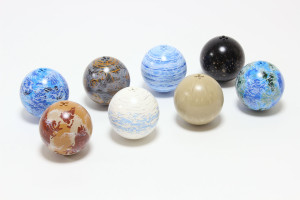 The 3rd GBC module using antenna parts (ID 3957). Hemisphere parts with planets pattern of Star Wars Series are used as decoration. A prototype of the module had no decoration of planets. Fortunately, I happened to find the hemisphere parts at my working table which were kept for another purpose, and I could attached them. The module represents that the balls go around each planet and move to the next planet as if a spacecraft traveled around planets in a solar system. 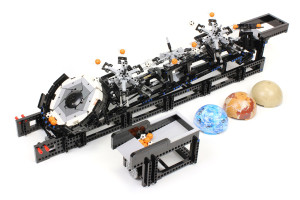 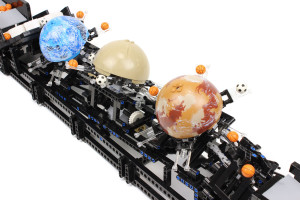 The mechanism of the Planets GBC module is simple that five rotors rotate continuously. The axis of rotation of five rotors are tilted to each other, which enables the balls to move to the next rotors.

Strict adjustments of phases of five rotors are necessary for passing balls smoothly. I try to make a structure that enables fine adjustments of a phase of each rotor. The module works well once adjusted.

The module consisted of two divided blocks, which goes in a usual transporting container (73 cm in length). 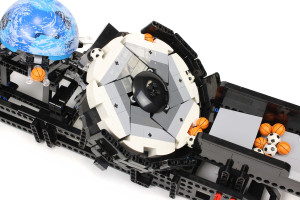 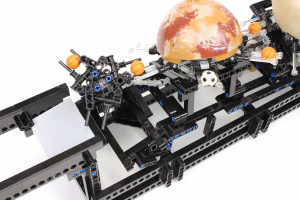 I had difficulty to improve a discharged part, especially the shape of comb tooth of a triangle rotor. 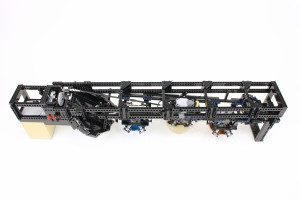 One PF-L motor drives the module.