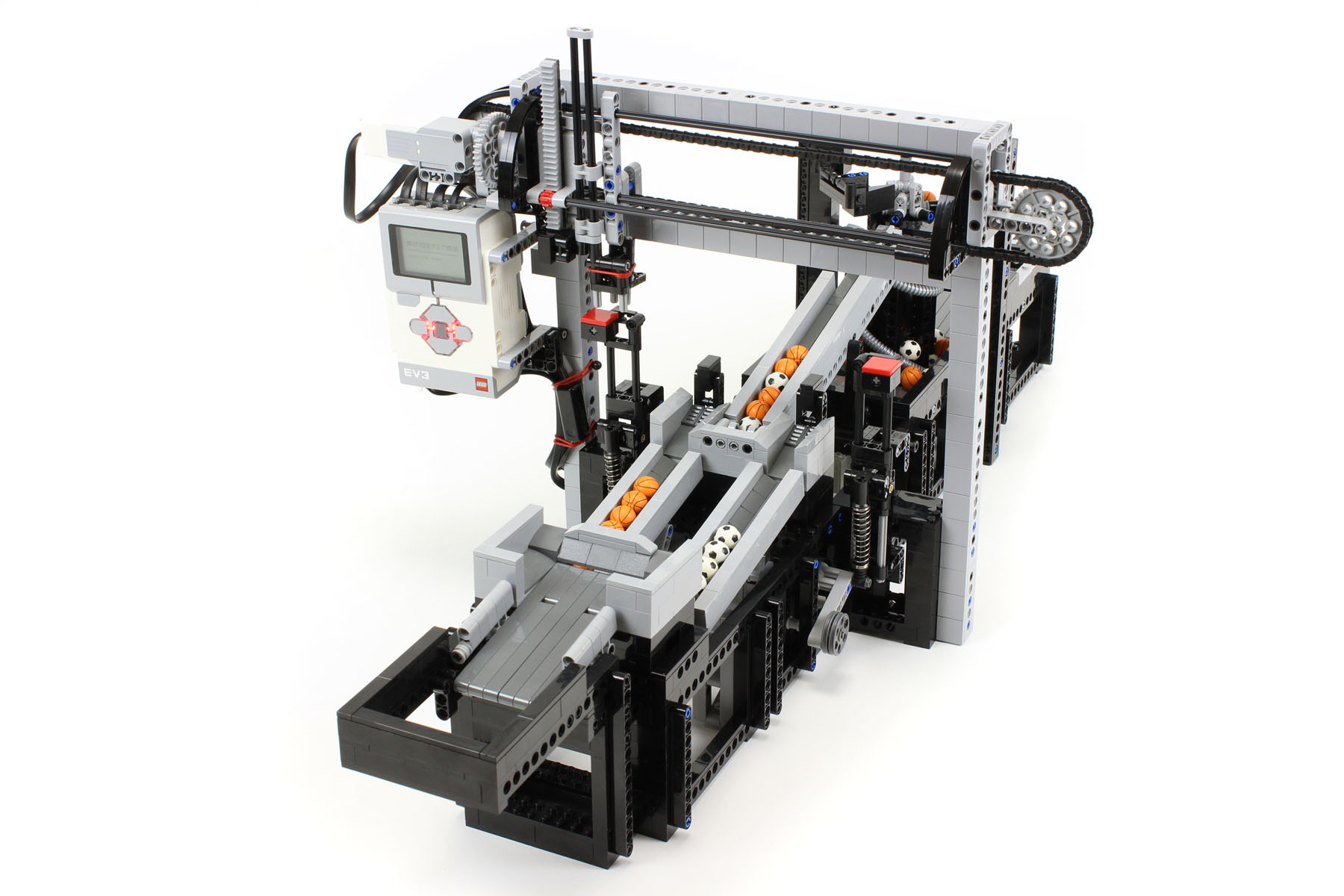 This great ball contraption (GBC) module is capable of sorting two types of balls. The two-axis gantry robot placed at the center of the module sorts basketballs and soccer balls in a pick-and-place motion. The motion of the two-axis gantry robot is quick, and the sorting speed of the robot is greater than two balls per second. The module is controlled by Mindstorms EV3. The basketballs and soccer balls are distinguished using an EV3 color sensor embedded below the guide lane for running balls. 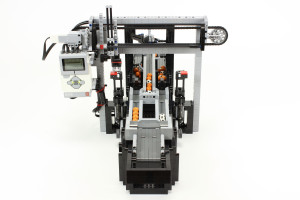 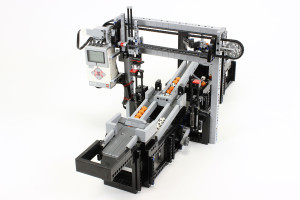 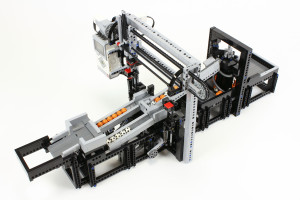 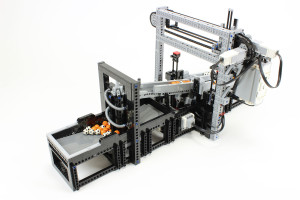 I attempted to develop a two-axis gantry robot that moves faster. The weight of the moving part must be low in order to make the robot move fast. The weight of the motors prevents fast movement; thus, the motors were attached to the fixed part instead of the moving part, thereby achieving a lighter handling part in the developed model. The improved structure was obtained using a 32L long axle and a sliding red 8-tooth gear. The ball-handling robot moved faster than I expected. The speed of the ball feeding mechanism, where the balls are lifted up one by one, was lower than that of the ball-handling robot in the prototype. 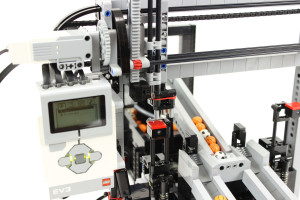 The program, which was executed in an EV3 brick, was written in Lego Mindstorms EV3 language. The number of basketballs and soccer balls was counted using the information from the color sensor. Whenever the ball storage lanes were filled with the distinguished balls, the EV3 brick gave the command to discharge the balls. The robot pushed the switch to discharge the stored balls; thus, both the ball sorting and discharging functions were performed by one robot. An interesting aspect of this module is the contrast between the fast sorting and slow discharging motions.