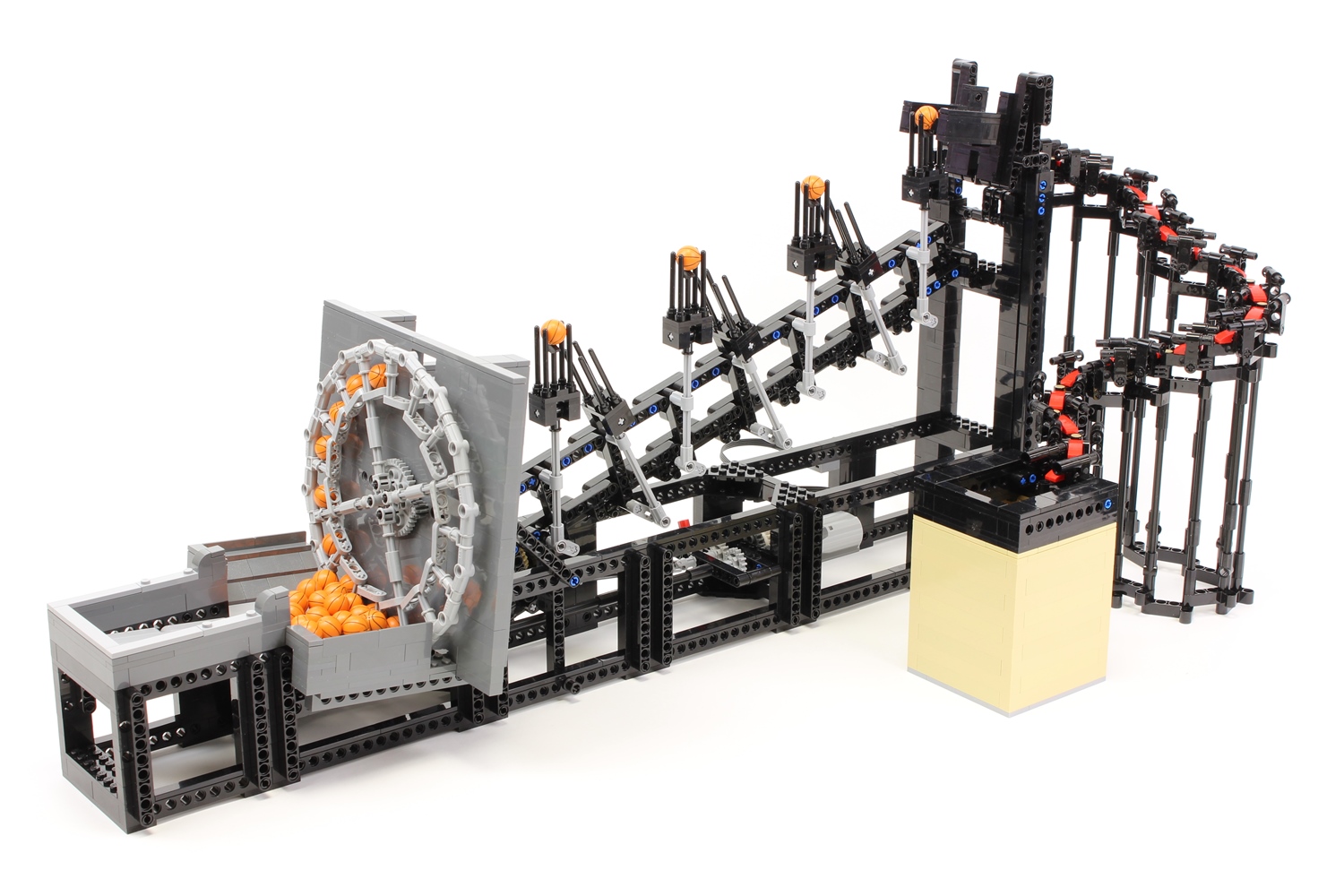 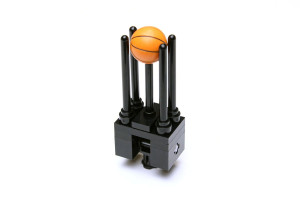 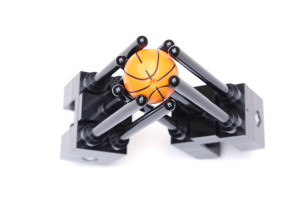 On each fork, four antenna parts are attached into a square. The balls are captured by the four antennas. Arrangement of the four antenna parts is not a regular square but a rectangular. Forks with a regular square arrangement would not be able to deliver the balls. Since the adjacent two forks are arranged alternately with 90 degrees difference, the tip ends of the two forks do not hit and slip through, and they deliver the balls successfully. 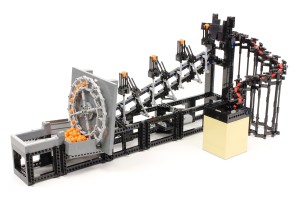 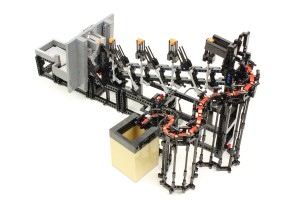 The mechanism of this module is simple and stable. A flexible slide was adopted for a discharge part of the module. The flexible slide will be one of my favorites. It is cute and also practical for the connection to the next GBC module, for example.