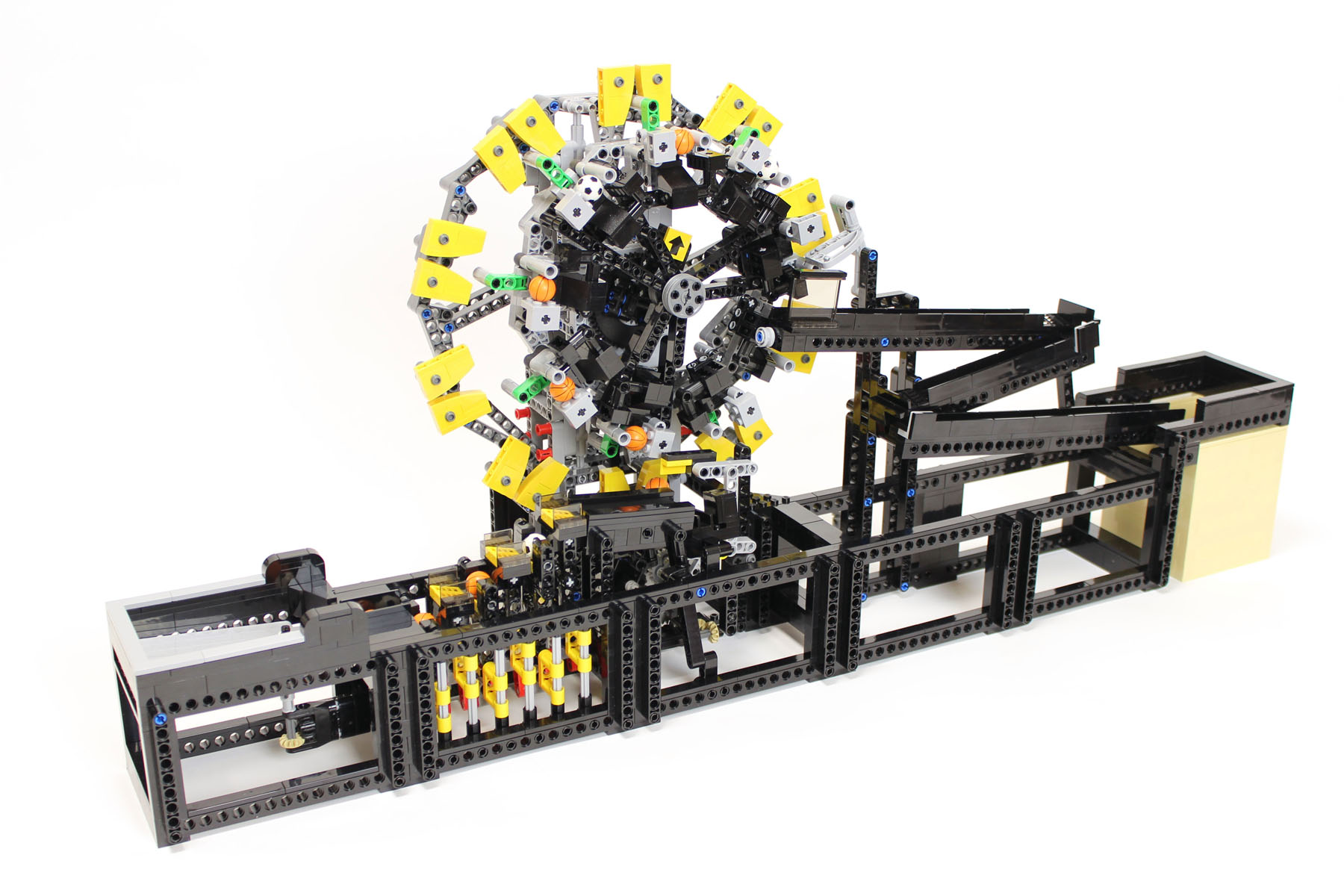 This great ball contraption (GBC) module was developed with an idea by the mechanism of a cycloidal speed reducer. The movement of a cycloidal disk in the reducer was applied to the ball carrying mechanism of the module. It is difficult to accurately reconstruct the reducer with Lego bricks; thus, the reducer part of the GBC module was modified from the actual one. Although the role of a cycloidal disk was represented by the pinwheel in the module, the actual reducer disk has a smooth and peculiar-shaped circumference. As a result, the pinwheel was engaged with an outer wheel (ring gear) at only one contact point. Strictly speaking, the module did not resemble the cycloidal speed reducer. However, I think that the module does resemble the gear motion of the reducer. 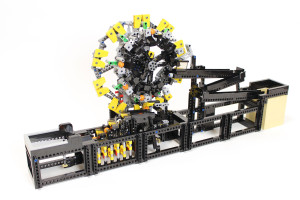 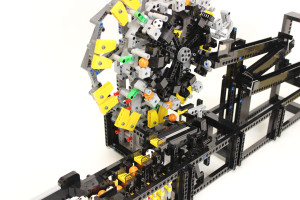 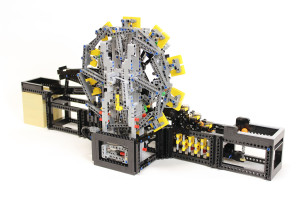 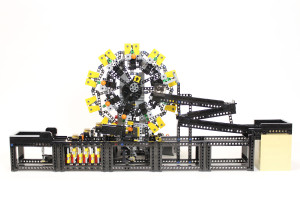 The peculiar movement of the reducer was effectively used for catching and releasing the balls in the module. The arrows at the rotation center indicate the position where the inner and the outer gears are engaged.

The GBC module consisted of ball carrying mechanisms driven by the reducer and stairs with six steps. The stairs acted as a buffer and a ball feeder to the wheel at regular intervals. The ball carrying system of this module was stable. 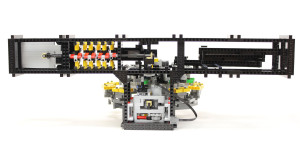