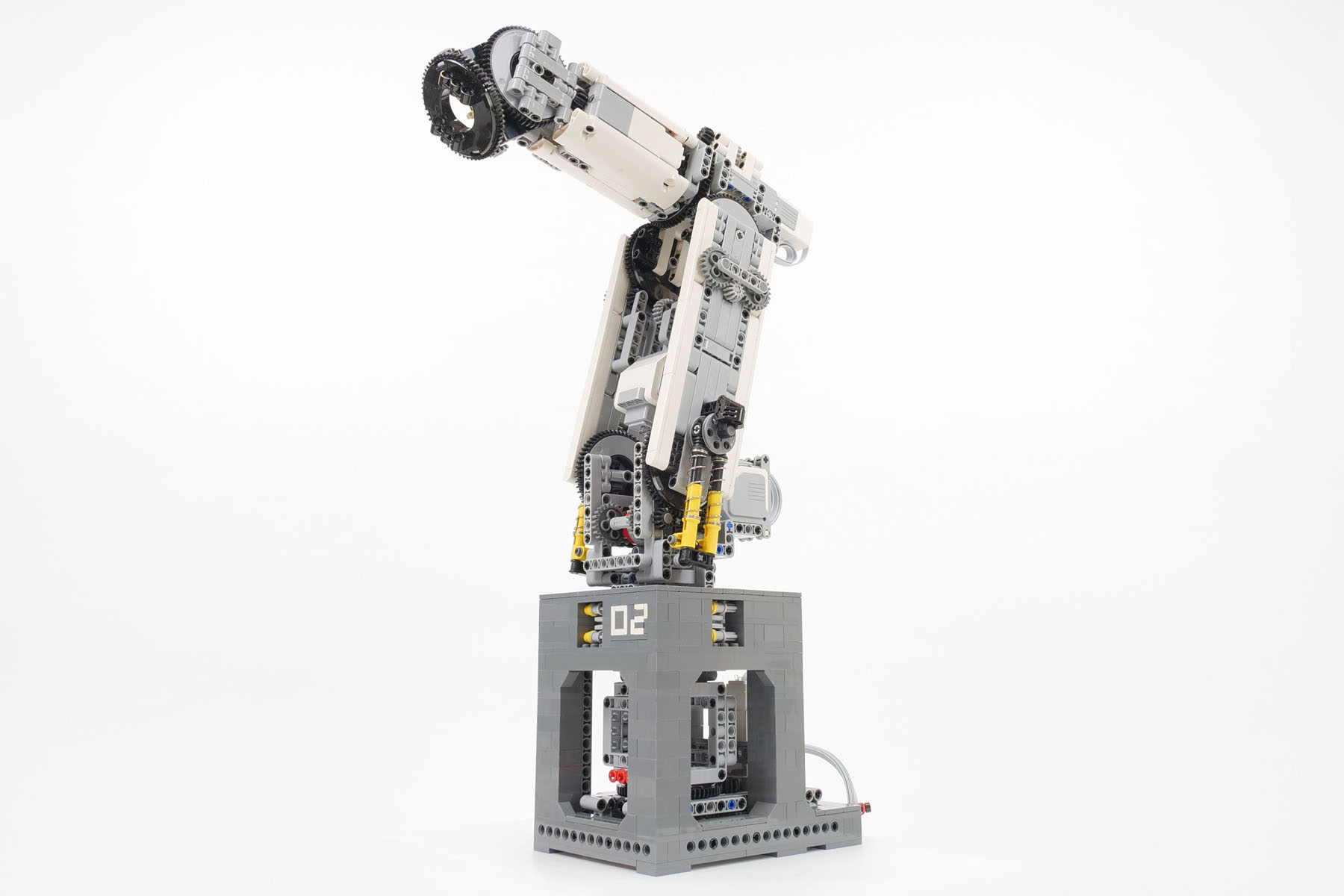 The robotic arm, which I built in 2015, has been reworked to version 2. The article on version 1 can be found here. The following changes have been made:
V760 is the name I have given to the model. Note that there is no product by this name.

I made the exterior panel as long as it could be without it becoming too heavy. 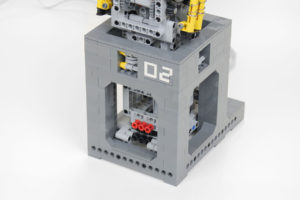 The pivot axis (Joint 1) has been made more compact. The appearance gives the impression of the basic bricks being stacked. However, it is reinforced from within by liftarms, which keep it from uncoupling. 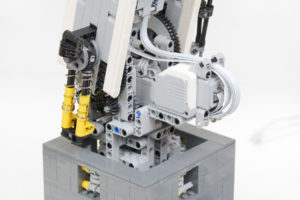 The motor of Joint 2 is centered. 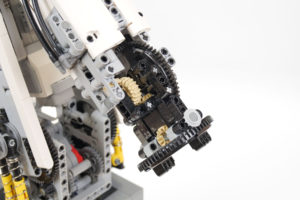 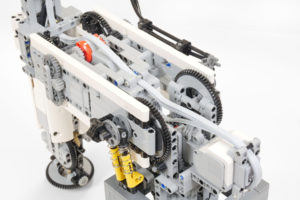 I changed the cables to thin Mindsensors cables, and this is the only component of this robot that is not a genuine Lego product. However, there are no lengthy genuine Lego cables, making it unavoidable.

I am still improving the program: working on multiple issues, which I would like to fix. For example, synchronization between the two EV3s is currently achieved using a set of optical sensors. I have tried using serial communication (UART) but gave up because I could not solve the problem of EV3 freezing in the middle and communication subsequently getting cut off. 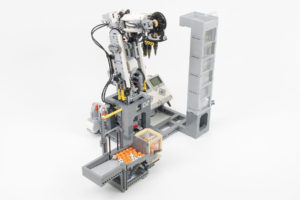 A video demo of the GBC module using the robot can be found here.