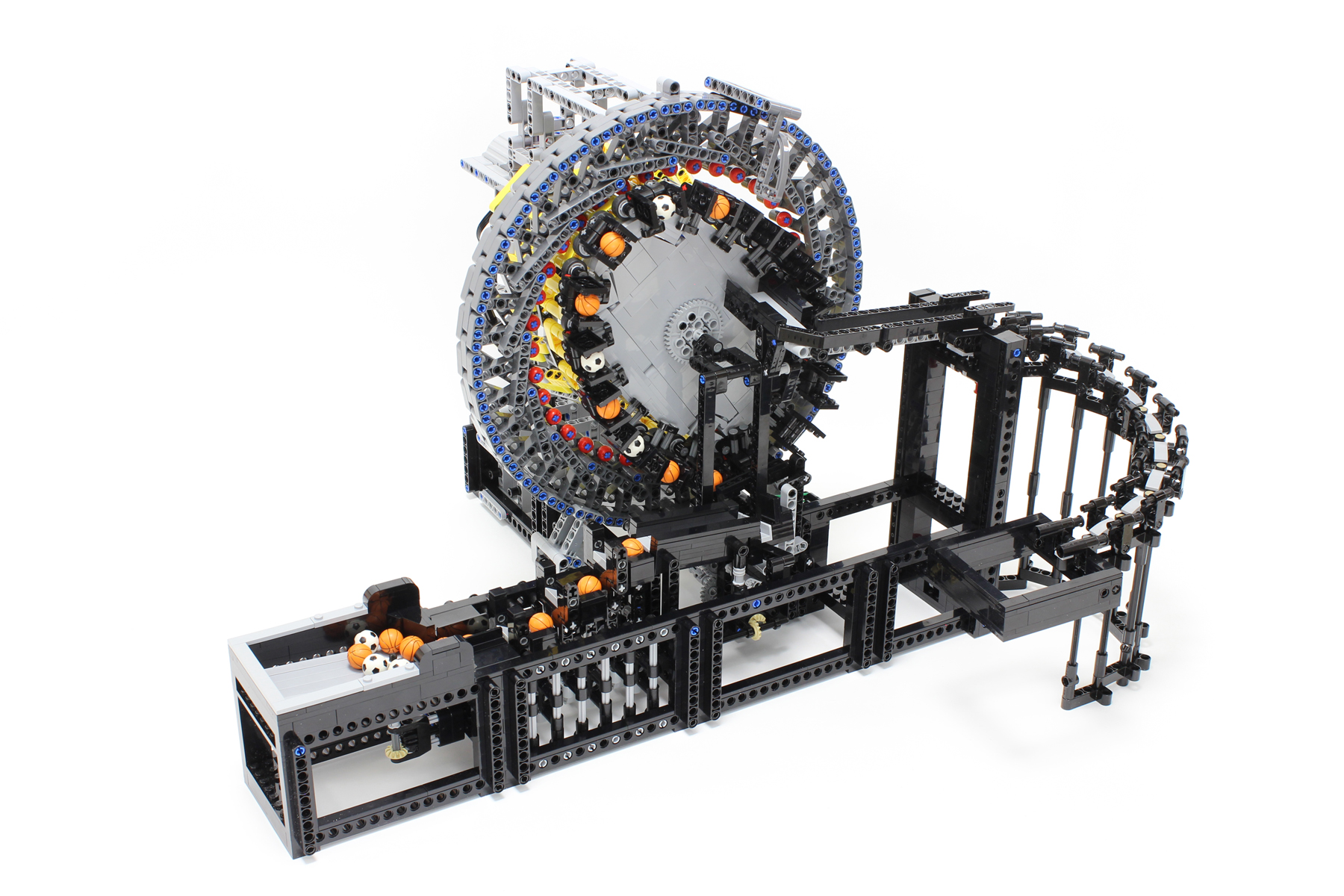 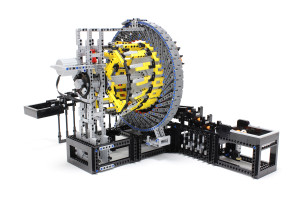 This great ball contraption (GBC) module utilizes the concept of strain wave gearing. The module is based on the strain wave gearing model I made in 2012. Strain wave gearing is often used for industrial purposes, with such products famously manufactured by Harmonic Drive Systems Inc. Although I had the idea of applying the aforementioned mechanism to the GBC module for quite some time, it took a long time to complete the model due to the engineering challenges involved. 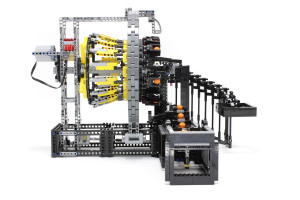 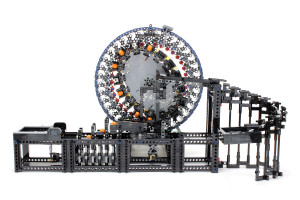 The number of teeth on the flex spline and circular spline are 32 and 36, respectively. The reduction ratio is calculated using the following formula: 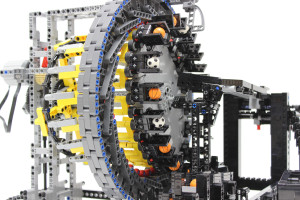 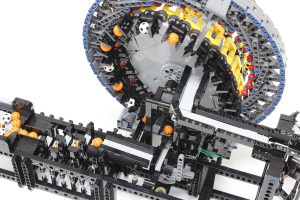 When the mechanism of interest was applied to the GBC module, the desire was for the movement of the balls to resemble that of the mechanism. I used wave motion of the flex spline to transfer the balls in order to use the strain wave gearing mechanism in GBC module. This differs from the actual strain wave gearing that uses only the reduced rotation of the flex spline as the output.

The distance travelled by the flex spline must be equal to the interval distance (4 studs) of the ball chucks when the wave generator has turned 180°. The four-tooth differential between the flex spline and the circular spline meets this requirement. 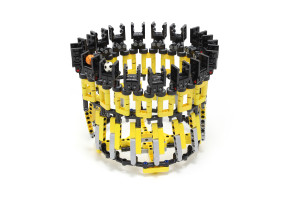 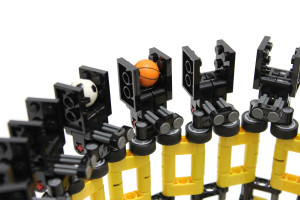 This figure shows the disengaged flex spline. It is necessary for the flex spline to be flexible. The amount of deformation to the flex spline is greater than that of a typical flex spline due to the small reduction ratio of 1/8. The ball joint is used to cope with the large deformation. The deformation capabilities of the Lego assembly allows for a flexible structure. The rollers are attached at the contact point between the flex spline and the wave generator to reduce friction. I focused on making the ball chuck compact. The four-length axle with stop absorbs the deformation of the chuck when grasping a ball. 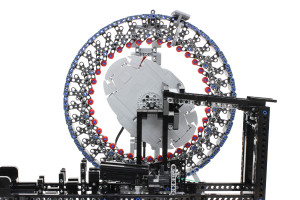 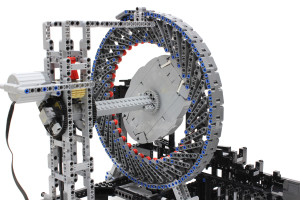 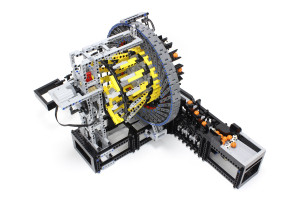 The module has four moving parts: the wave generator, a stopper, a stepper, and an agitator. The stopper is located at the entrance of the wave strain gearing and determines the timing of the ball entry. All moving parts of the module are driven by a single PF XL motor. There is no torque limiter between the motor and the load to secure power transmission. 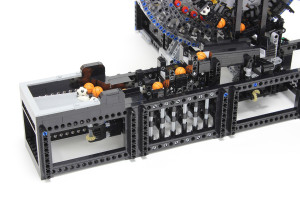 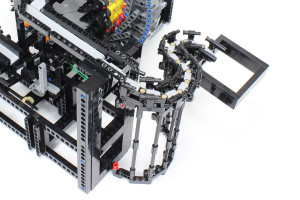 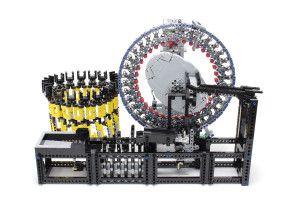 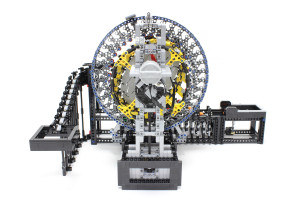 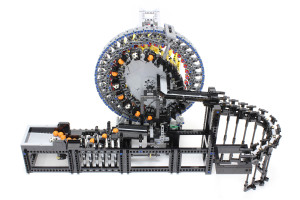 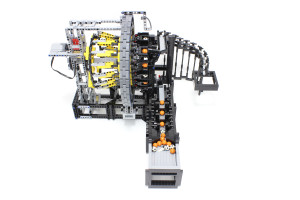 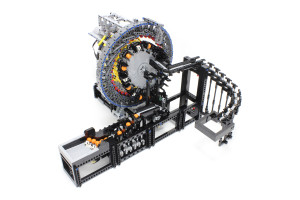 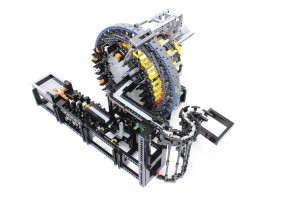 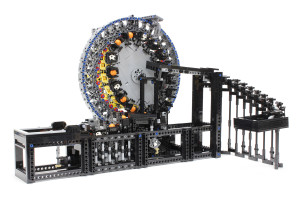 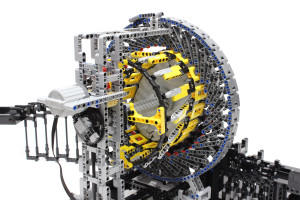