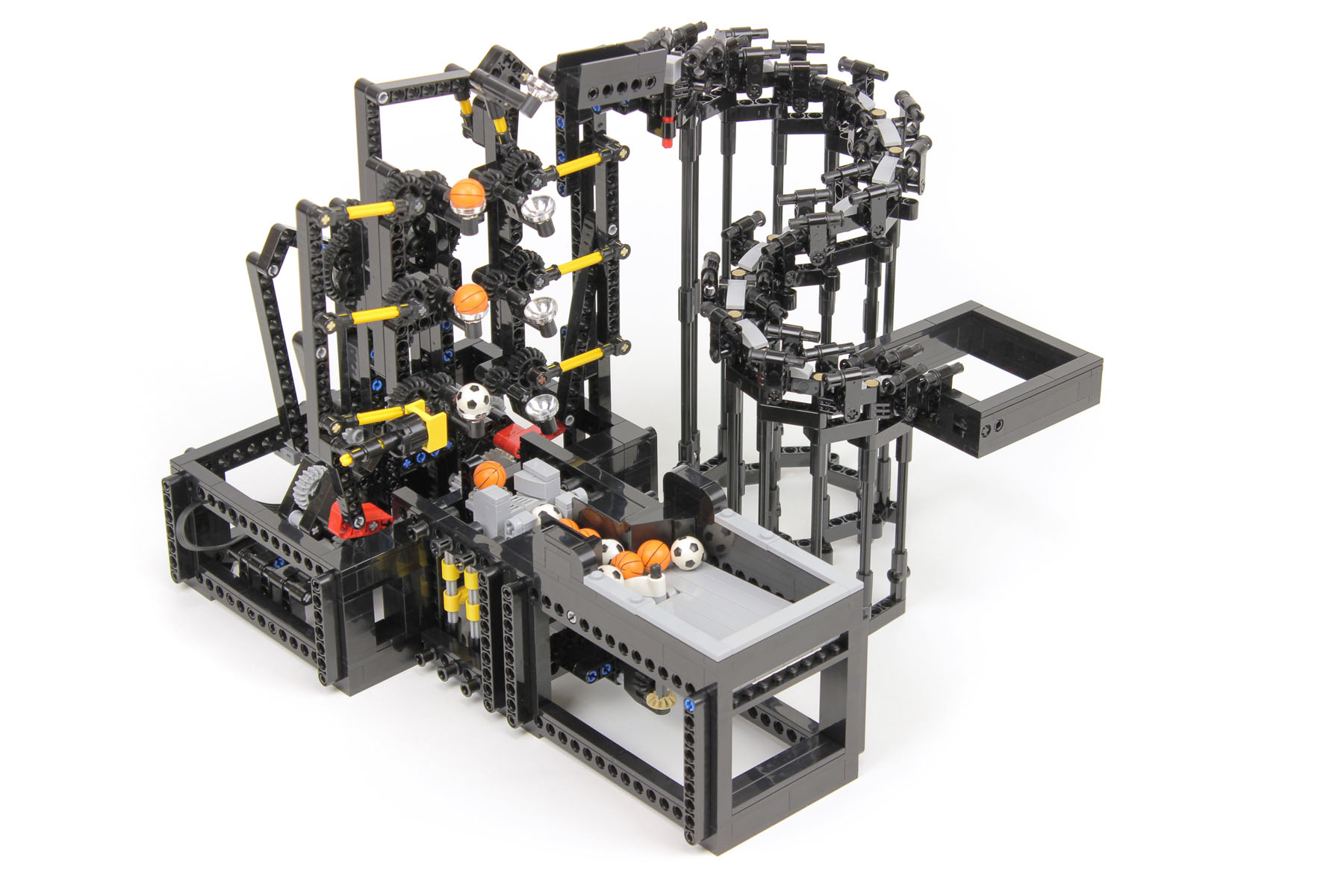 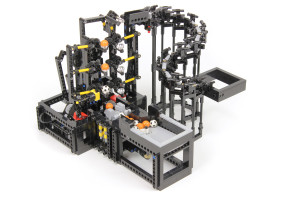 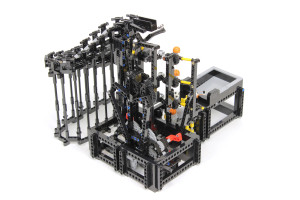 The “Cup to Cup GBC module”, which has been one of the regular modules at the GBC exhibition I have been associated with since 2011, now has a sister module. Surprisingly, the hollow curve of a light reflector fits the gibbous curve of a soccer ball perfectly, similar to a socket and bulb. A set of three silver light reflectors received the balls; in the next moment, the balls were received by another set of three silver light reflectors. The Cup to Cup module transferred the balls horizontally; the new module transferred them vertically. This is the evident difference between the two models. 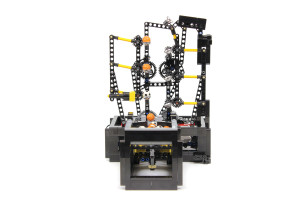 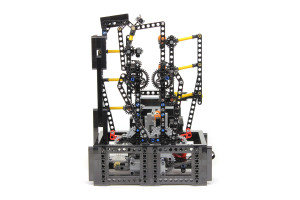 The two different mechanisms generating the up-and-down motion and the tilt motion of the cups are separately located in the rear and both the sides of the module, respectively. The mechanisms are combined to achieve a series of cup movements to transfer the balls vertically; first, the forwarding cups containing the balls exert a lifting motion, and subsequently tilt by a large degree and empty the cups into the cups in the next position, which tilt slightly to receive the falling balls. The mechanical structure of the vertical transfer in the new module is slightly more complex than that of the horizontal transfer in the Cup to Cup GBC module, and it is difficult to adjust the phases of the gears in the new module. 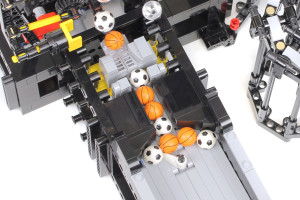 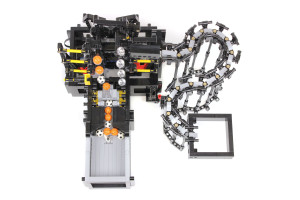 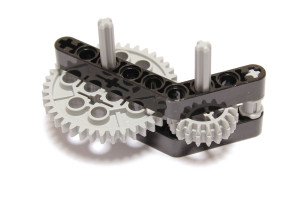 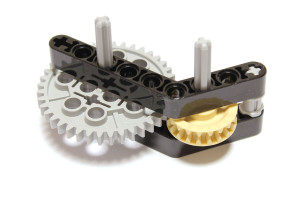 I would like to explain the engagement of the 40-tooth and the 20-tooth gears in this model. The axle distance between the two gears should be 3.75 stud. In this model, the bent lift-arms were used to engage the two gears by a distance of 3.69 stud (see left figure). The distance of 3.69 stud is slightly shorter than expected. Consequently, depending on the variability of the two gears, they are not able to engage smoothly with each other. As a solution, the double 20-tooth bevel gear could be replaced with two single bevel gears (see right figure). 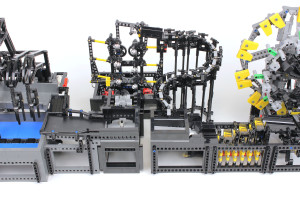 The new module was constructed to occupy a smaller space with regard to the neighboring modules at the GBC exhibition. In future, I want to place a larger number of modules on each table and organize a dynamic GBC exhibition.

The working of the module is smooth and stable, while the balls occasionally fall from the cup when the motion of the module temporarily ceases. 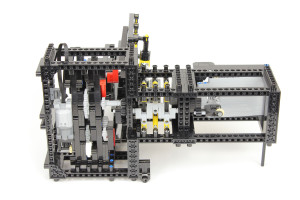 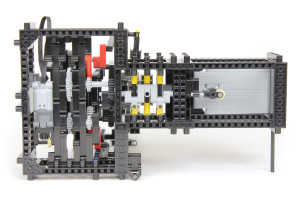 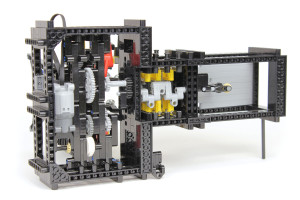 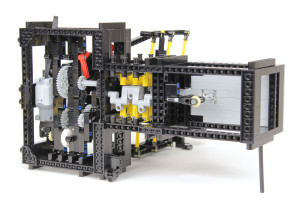 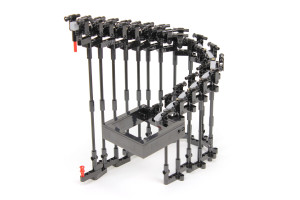 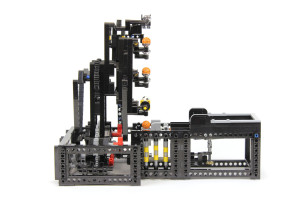 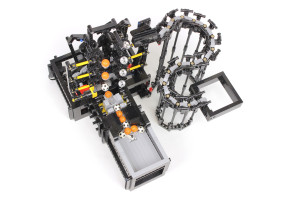 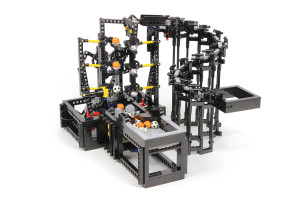 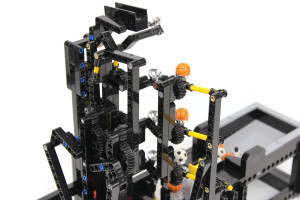 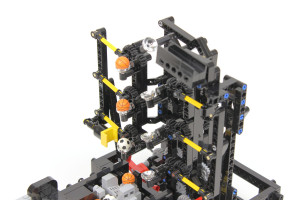