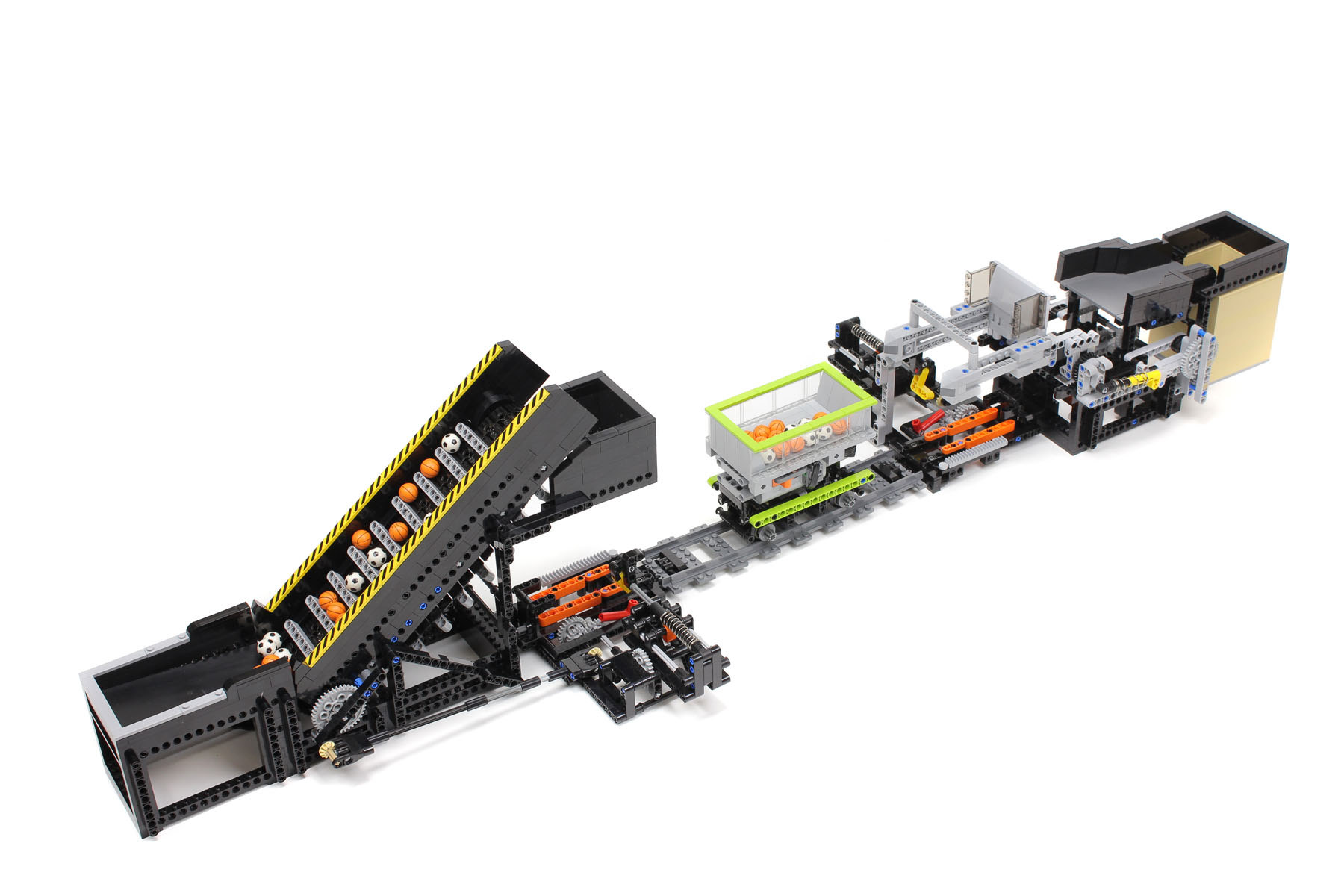 Here, I present a new railway system that consists of several components such as a train, a track, a reverse module, a loader module, and an unloader module. The power source of all the components is an electrical motor installed in each train. The motor is controlled by an on-off power switch, instead of a microcomputer. The power required for the motor is supplied from a battery on the train. The train carries a container with basket balls and soccer balls. The loading unit feeds the balls into the container, while the unloading unit empties the balls from the container. The railway system has a GBC (Great Ball Contraption) interface, and it can be connected to the GBC through the interface. 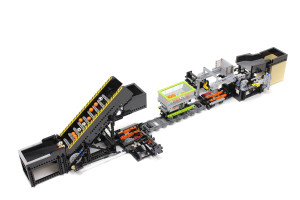 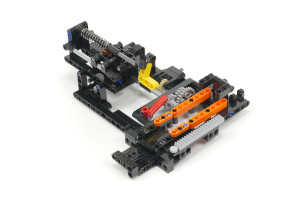 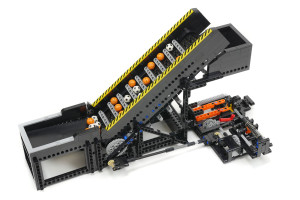 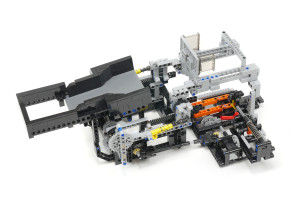 The system displays sufficient reliability
In the former railway system, the direction of the train was changed by a mechanical clutch, which resulted in a problem. Because the clutch returns to the neutral position by itself, the train stops. In the new system, the direction of the train is changed by an electrical switch that consists of bricks with an electric point of contact. Although mechanically unattractive, the clutch does not return to the neutral position by itself. To improve the reliability of the train, the frame is constructed with stud-less parts so that the new train does not break. 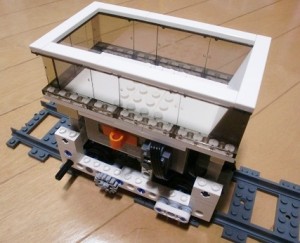 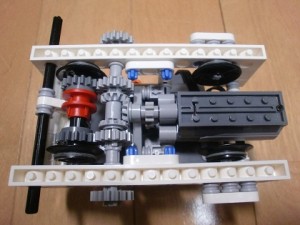 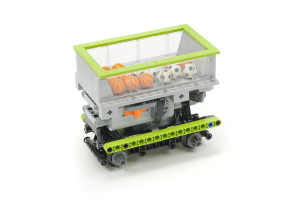 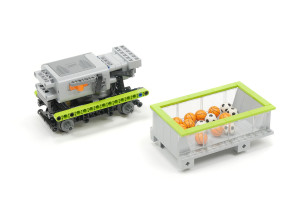 The train has a symmetrical and reversible structure
The mechanical structure of the train is symmetrical and has no anteroposterior distinction. Thus, both ends of the train can be used as head approaching system units such as a loading unit. Consequently, a layout area, which is needed for direction conversion, can be made smaller, for a more concentrated layout. Other characteristics of the train include potentiality for direction conversion unit and four-wheel drive. 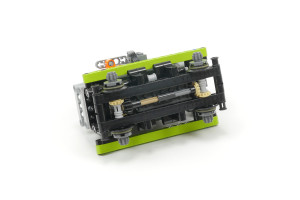 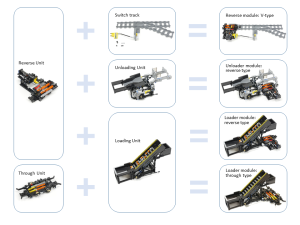 Components of the basic layout: 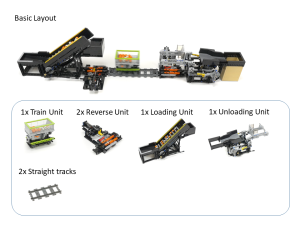 Instructions and MPD files for the components of the basic layout: