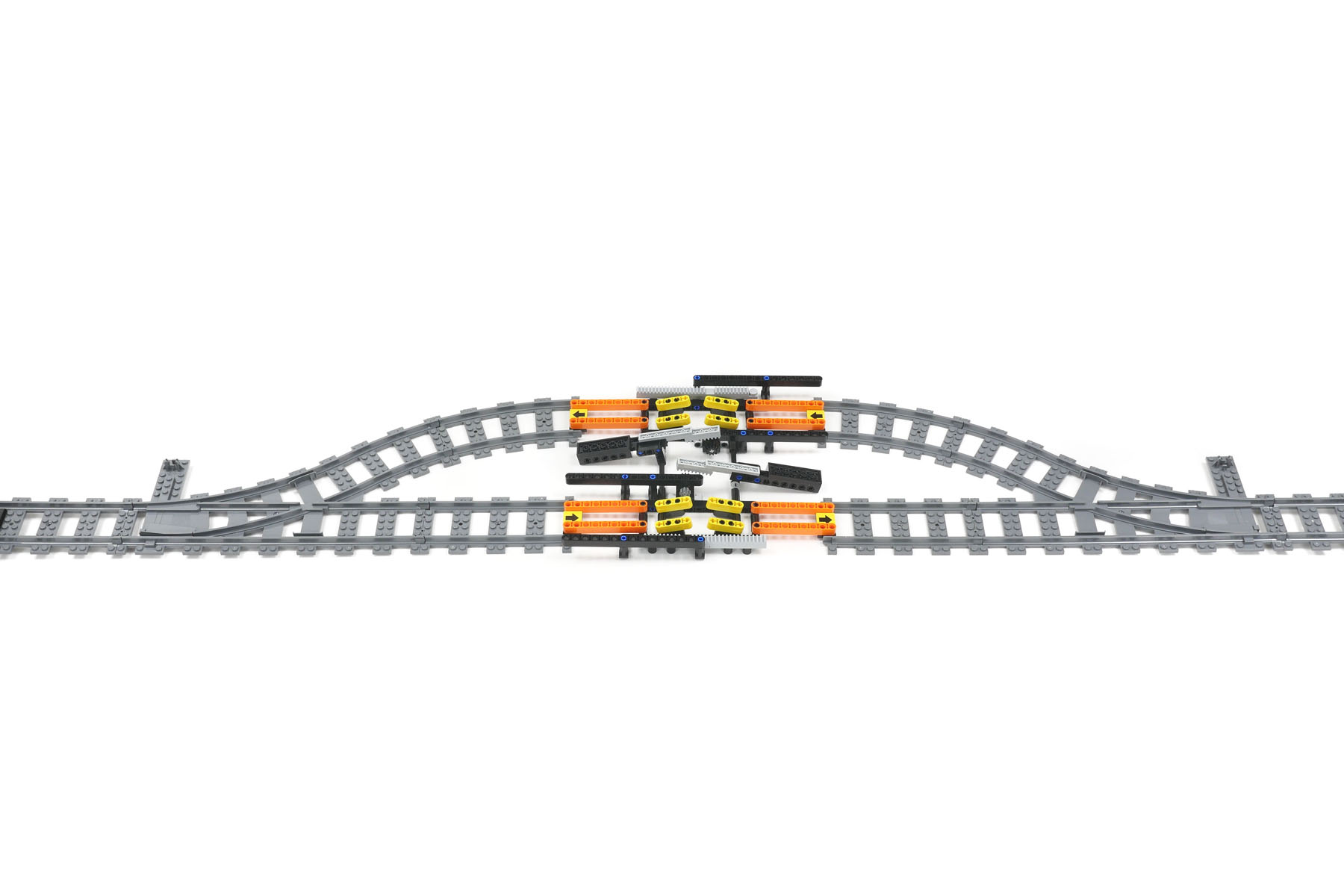 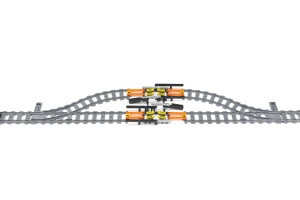 The module consists of two switch-tracks and a stopper unit as shown in the following photograph. 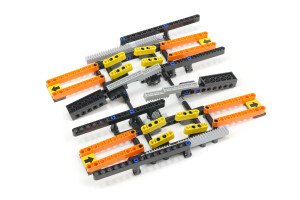 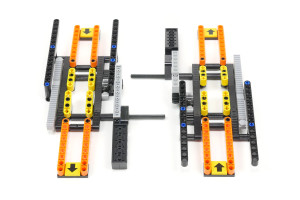 This module has structured symmetry. Thus, the simple structure of the module makes it easier to build it.

Components of the minimum layout using the Passing module: 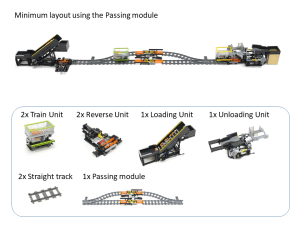 Instructions and MPD files for the components of the minimum layout using the Passing module: 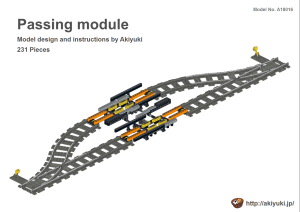